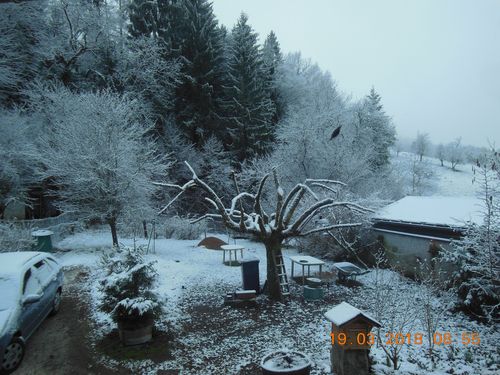 RouXy’s Master explains: “Joseph was a carpenter. He would plane boards. Joseph being up there, in Heaven, shaving of wood [copeaux in French] would fall on Earth, the shape of big flakes of snow. Genuine Savoyards say les écappons – dialect for copeaux.”

The French word for écappons is giboulées. But if you look up giboulées in a dictionary, or on Wikipedia, you’ll find different descriptions of giboulées, with hail, rain, sleet, thunder… It depends on the regions.

It snowed last night. Frimousse would have loved it! The snow will melt soon. But we can expect other snow showers.

I didn’t intend to write an article about Saint-Joseph’s Day nor Écappons today, but since Poupette mentions it! 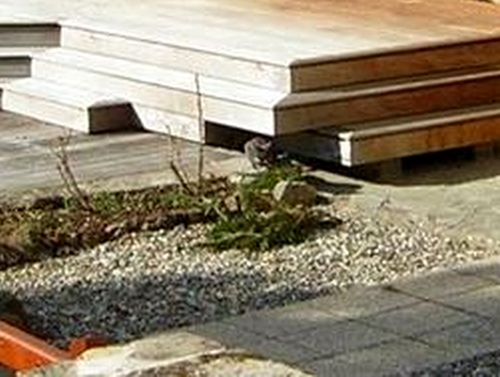 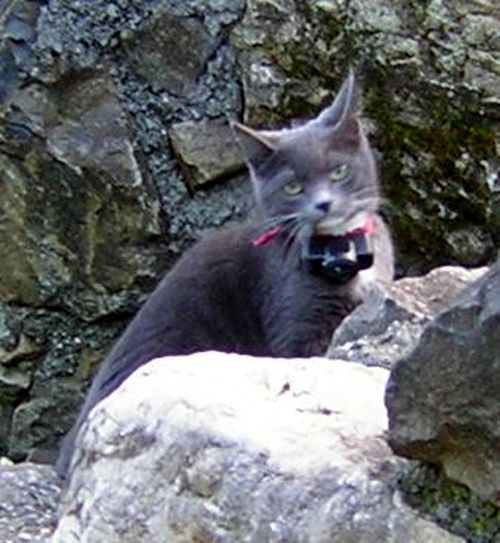