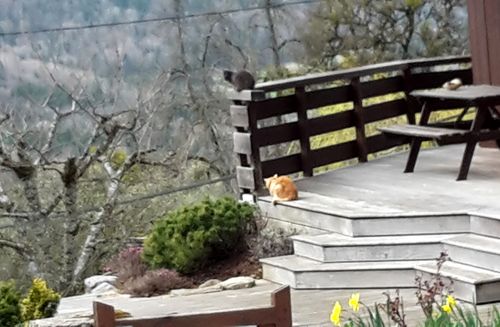 RouXy played for some time with Plume. And then he saw Grindule at the back of the house. RouXy and Grindule are not really friends. He would have jumped to chase her if my Master hadn’t been on the look out.

Then RouXy climbed the fence between his garden and mine. I just don’t know why. 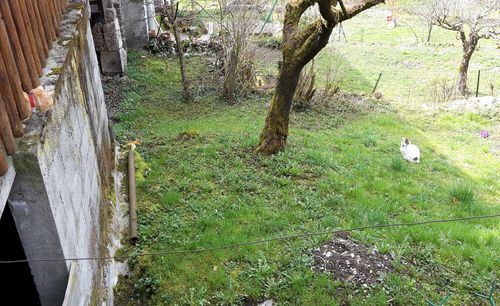 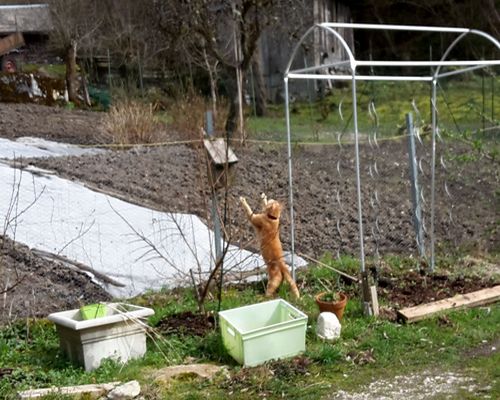 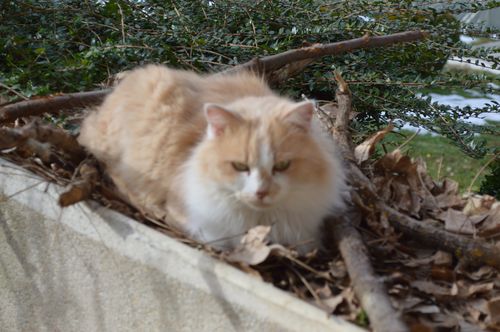 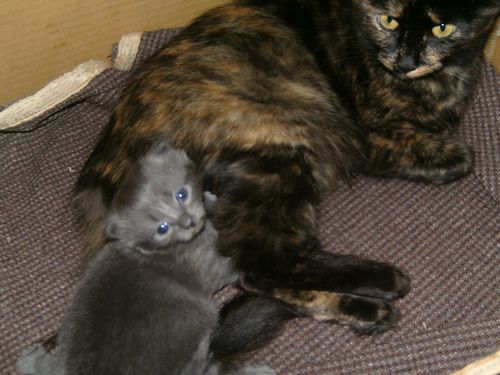