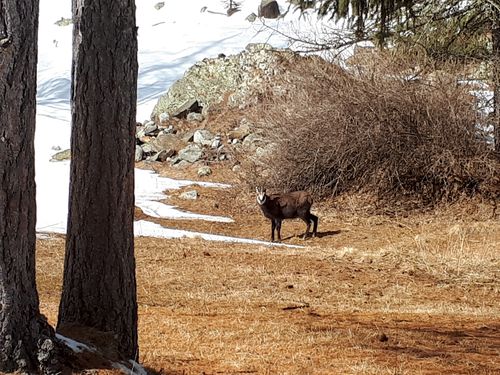 Last Friday morning, as we had decided to be away for the weekend, I informed RouXy’s Master verbally and texted my neighbour, Plume’s Mistress. I wrote, “We don’t have cats at all, you know that. So we are leaving at noon and will come back on Sunday evening.” She immediately texted : “Hi, we don’t have cats, so we’re leaving at 2 o’clock and will come back on Sunday evening.”

We took care of cats full-time for 17 years. We also took care of Plume when his Masters were on holiday. So now Frimousse’s Mistress wants to move. We spent the weekend in Cogne. She did nordic skiing – despite the lack of snow – and I walked a bit – despite the ice on the paths.

We love that place.