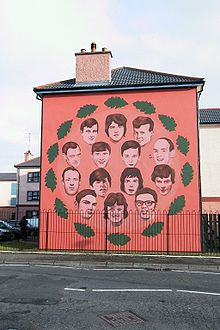 The essence of European unification, its dynamic strength, since the treaty of Rome, was to finish with WWI and WWII. There were not only French-English-Belgian-Danish / German wars. WWI continued by the horrible years 1918-1923 – plenty of books about that period, and an exhibition currently in Paris. They were years of war between nations rising from their ashes, and civil wars: Poland/Lithuania/Russia, Poland/Ukraine, Romania-Czechoslovakia/Hungary, Italy/Yugoslavia etc. And GB/Ireland.

That was forgotten when everything was going well. We would be yelled at when we mentioned that (“Young people don’t care”), but the first country that leaves the European Union, the United Kingdom, immediately take stock of it.

Building the EU meant that Italy would no longer dispute Rijeka, Hungary would not claim Transylvania anymore, Poland would accept its borders, Germany give up Alsace-Lorraine, Pomerania, Mazovia and the Sudetes, etc.

The split between the Czech republic and Slovakia didn’t have the slightest importance … And the same beween Ireland and Ulster!

But if United Kingdom leaves the EU, then for Ireland it is the return to year 1920 and all that followed until the Good Friday agreement, permitted by the copresence of the United Kingdom and the Republic of Ireland in the EU.

From the page Facebook of Alain Lipietz, Member of the European Parliament from 1999 to 2009