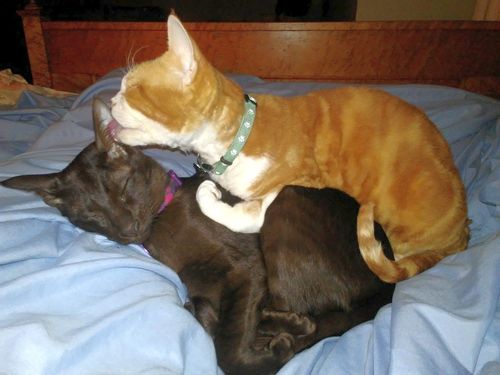 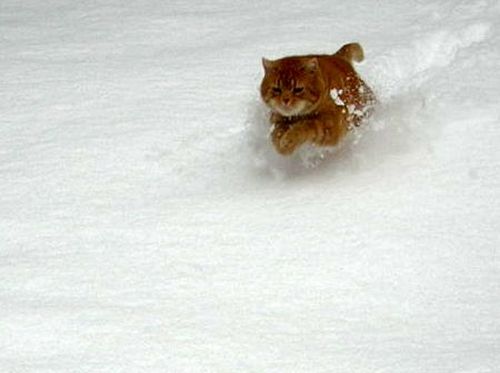 The Mistress of Zulu, Amarula and Frodo was surprised when I said the Frimousse and RouXy enjoyed being in the snow. With her three kitties she lives in Canada in a state where it is very cold in winter.

I’ve shown her the famous photo of RouXy galloping in the snow – photo I’ve made available to everybody on Wikimedia – and the (nearly) famous video of Frimousse in action in the snow. That was on February 14th, 2013. Today there’s nearly no snow left.

The blog of the Mistress of Zulu, Amarula and Frodo: https://hairballsandhissyfits.com/