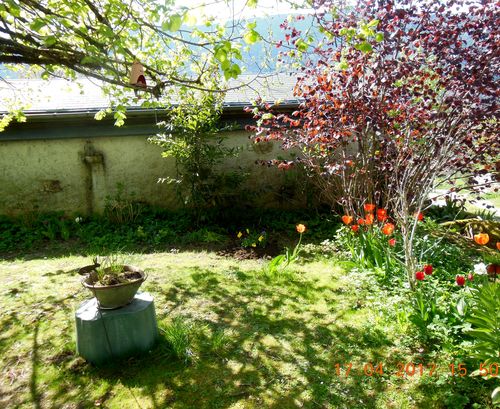 Frimousse Blog  started, in French only, on Overblog. Frimousse was 8 years old. He had just had a sort of epileptic outbreak and we thought we would lose him. But his docteure aka our vet, after having believed for a few days it was a fatal disease, diagnosed a behavioural disorder. And she prescribed a very simple remedy: “forget it!”

And Frimousse was never ill, except for those outbreaks, until the beginning of this year when, after the death of his beloved friend RouXy, at the beginning of February, he started declining very rapidly. Liver cancer. He had his belly swollen with ascites, which was uncomfortable, but he didn’t seem to suffer. He reached the end of the road with us stroking him, at his docteure‘s surgery on Monday April 10th at the end of the afternoon.

What about Frimousse Blog now?

From August 2012 there was another version of Frimousse Blog (in French) on Canalblog. And on WordPress in February 2014. It became bilingual recently.

None of the three versions will be deleted. Frimousse Blog is the memory of nearly nine years of the life of our dear Frimousse, and of ours.

On Overblog I’ll post a photo from time to time to keep the blog alive. But I won’t answer comments. Neither will I on the Canalblog version because comments would be signed: Frimousse.

On WordPress I’ll post photos of Frimousse, photos of before July 2008, as I do on RouXy Blog.