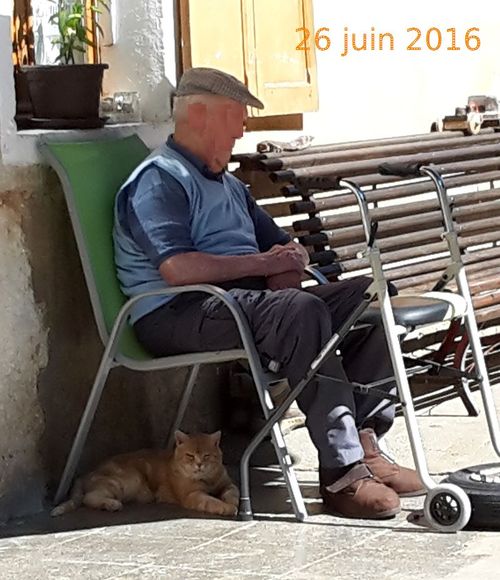 15 years nearly between the two photos.
We moved to this place on 13th July, 15 years ago
There was a 2-month-old ginger kitten the neighbours had just been given.
He was so kind his elder Master wanted to name him ‘Jesus”! At the end of the day his name was  ‘RouXy’.
We have lived here with Frimousse,  RouXy  and his Masters since then.
Very few photos of young RouXy  – no digital camera at the time. The photo at the bottom is the first we have – end of July or early August 2001.
RouXy’s elder Master would do a lot of gardening and take care of his hens. RouXy’s Masters would give us salads, eggs, tomatoes etc and very valuable help for growing vegetables in our own garden.
We used to have a drink together quite often as well as occasional fondues or réveillons.
The photo above is the last one we have of RouXy’s elder Master alive – a week yesterday.
He ďied yesterday early in the afternoon. He was such a nice man….

Today the sun is shining though. 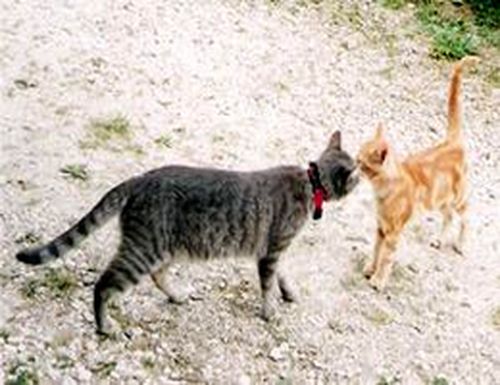