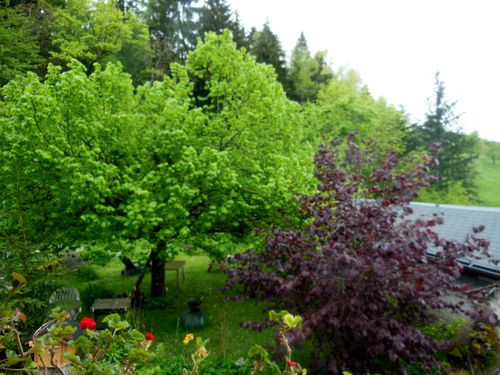 In the beginning, Frimousse Blog was meant to be a story, with just a few photos maybe. But soon it became a mix of short texts and photos.

The problem with photos is that they are time-consuming. They have to be copied on the computer and resized to reduce the place they need in the blog and quicken the display. In the process we often crop them.

But photos are often better than long texts. Look at Frimousse’s lime-tree. After a few days’ warm weather the rain has given it bright leaves. And purple leaves to the hazel bush.

With photos my friend Tigri is alive again! (The photos were shot in mid-May 2012) 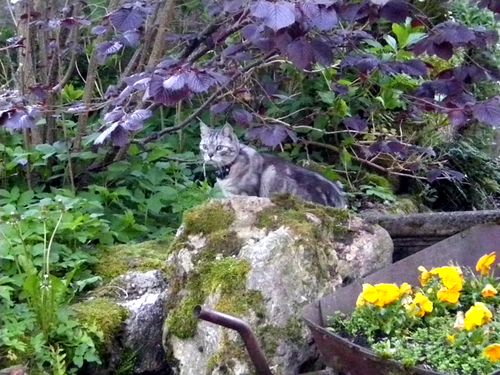 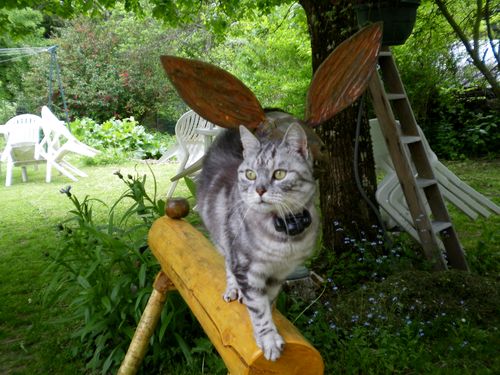 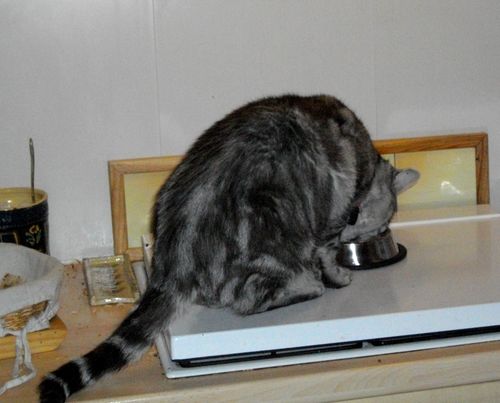