“Ségolène Royal. On French radio [France Inter] she said: “Wolves are proliferating.” False! 301 wolves in 2014 in France, 282 in 2015 (according to ONCFS, Office national de la chasse et de la faune sauvage, quoted by WWF). You can be certain, Ms Royal, that with all those that have been done in, owing to your contempt of the Berne Convention, which protects the species Canis lupus, and those that will be, wolves won’t be more numerous in 2016.”

RouXy’s Master, who is a keen hunter, has told my Master that Ms Royal’s ministry has sent Hunting societies instructions to organize sessions to teach hunters how to kill wolves. My Master says that sessions to teach them how to make a difference between a wild boar and a runner would be far more useful.

I, Frimouse, who don’t meddle in politics, I hope citizens will make a difference between Ms Royal and a Minister for Ecology and want her resignation. 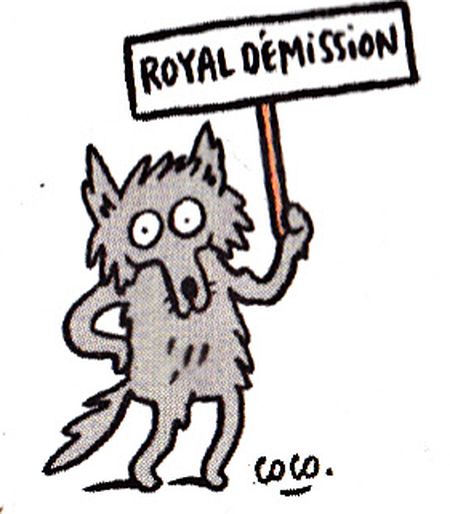